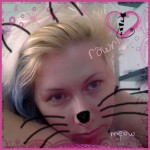 Agendas! Why is it that it’s important to attach an agenda to events and people these days? People aren’t “people”. Events aren’t simply “events”. Everything is just one more opportunity to capitalize on some agenda that needs to be addressed. Religion, politics, social reform, health care… funny thing is all of those things have a basic element at their core which is humanity. They were fundamentally all supposed to, at one time benefit humanity, but now have come to be about those agendas and it’s often at the detriment of humanity. People simply don’t know enough about their causes or human nature, they just want to fight about something.

I am often called an empathist and I refuse to apologize for being compassionate. I have lived a lot over my 40 years and lived through a lot. I know there are many sides to a story and I can usually see many sides. When I heard the news of Robin Williams passing my first reaction was to pray for the sorrow his family felt and to celebrate the incredible life he had. Then I saw my Facebook and social media fill up with crap, complete crap. I try to keep my tongue held because there is no point in arguing with people. After seeing so many images of Robin Williams and the Dead Poet’s Society image with the quote, “No matter what people tell you, words and ideas can change the world”, next to comments about his reported suicide, I felt I had to say something; he hadn’t even been seen by a medical examiner, no one knows how he died. Gossip, Conjecture, Speculation. Supposition. Bullshit. Bullshit. Bullshit.

I feel that death is a personal thing, even for those who are celebrities. Robin Williams death should be a time for his family and they should be allowed to grieve in peace, without the vultures, well-meaning vultures, loving vultures and clueless vultures taking the opportunity to step in and filling in the silence with guttural hissing and the sound of tearing flesh. But I’m probably a minority because when I posted my comment on my wall one of my friends replied about this being a perfect opportunity to speak out about depression and suicide. AGENDAS! Robin Williams gave his entire life to us being a comedian and he has died, not been seen by a medical examiner, and now has to give us his afterlife as the conscripted spokesman of depression and suicide.

Being bipolar and having been through the black and come out on the other side, I will say you can not give a suicidal person a buffet of media death and tell them that suicide is not the answer. By the amount of coverage being given about a this supposed suicide, it’s very large media presence is saying suicide has great MEANING. The last two days have reduced Robin Williams iconic status, beautiful talent and wonderful compassionate soul down to the police report of how his body was found on the morning of August 11th. Threaded through clips of his movies and interviews are terms such as severe depression, long time treatment, and suicide. And yet people want to make him the face of their campaign for depression and suicide. You want to take a dead man’s body to someone who feels like they have no hope, they  feel the have no validation, they feel no one understands them, they are numb, life has no meaning… and you want to tell them their comfort, their hope, is a dead body? Do you know what you are trying to say with your agenda?

Robin Williams is an incredible role model for many things but please do not focus on his death as a means to prevent deaths, which is only yet a speculation as a suicide, an opportunistic angle for your agenda–one of which you fail to realize the negative impact.

That means that if they have to try 20 doctors they have to try 20 doctors. If they are in the county system and their doctor isn’t working then they should tell the doctor that or even try a sliding scale clinic elsewhere. If none of that works try other things… let them talk to veterans, visit the elderly, pen pals. Fuck it, email me and I can try to find you a doctor in your area if you can’t do it for yourself. There isn’t just one way to do things. Lifesaving is a creative thing. It’s completely okay to feel like shit. It’s completely okay to not want to do anything. But one day you have to stop and make the decision that it’s enough and find your way. I know. I did it. It was excruciating. It was worth it.

Only through darkness can you find the light. Fight your battles. No one can do it for you. You can’t be saved by an agenda. You need medical help and it needs to be you deciding to be done with the bullshit.

Credit for the sweet character drawings I use on many pages goes to Rasel Reyes known as raseltokwa on Fiverr.